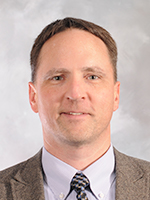 Representative Carpenter has called Alaska home for more than 35 years. Born to apple orchard farmers in eastern Washington State, Ben moved to Alaska with his family in 1985 as his parents sought new opportunities. The oil field yielded opportunity, and Ben’s family settled in the small industrial community of Nikiski, on the shores of Cook Inlet near the Swanson River Oil Field and birthplace of oil in Alaska.

While attending school in Kansas City, Ben and Ameye Mazurek rekindled their high school friendship and were soon married in Nikiski in 1995. Their first daughter was born in 1997, and their son soon arrived in 1998. Two more daughters joined the family in 2005 and 2006. Their oldest daughter and her husband recently gifted Ben and Ameye with two beautiful granddaughters.

Ben joined the U.S. Air Force in 1997 and was stationed at Hill Air Force Base in Utah. Upon completing his initial enlistment, Ben returned to school in Utah while continuing to serve in the U.S. Air Force Reserves and later the Utah Army National Guard. While working part-time to support the family, he graduated from Weber State University and was commissioned as a second lieutenant in the U.S. Army in 2004.

Home was always Alaska for Ben and Ameye, but military service never aligned with returning home until 2013 when Ben finished his tour of duty in Afghanistan as an advisor to the Afghan National Police, his sixth deployment to the Middle East. The USAF first took Ben to the ‘Sandbox’ in 1999 and again in 2000 to maintain F-16’s as the United States patrolled the no-fly zones over Iraq to protect ethnic Kurds in the north and Shiite Muslims in the south from Saddam Hussein. Ben would later deploy as an Armor Platoon Leader with the First Infantry Division in 2006-2007, during the “The Surge,” and again with the First Armored Division in 2009 and 2011 as a Combined Arms Company Commander.

Upon returning home to Alaska, Ben completed his military service with the Alaska Army National Guard and retired as a Major in 2018, the same year he was first elected to the State Legislature.

Ben and Ameye currently manage a family farm growing commercial quantities of cut-flower peonies and lead a farm cooperative that markets peonies to lower-48 buyers. Ben also helps lead an oil-field service company that does business throughout the state.

Representative Carpenter is honored to represent the people living on the northern Kenai Peninsula in the Alaska House of Representatives. Ben champions fiscally conservative spending policies and a long-term vision for a healthy Alaska economy, protection of Alaskan families and individual liberties, and a return of respect to the legislature through increased trust and transparency amongst legislators.