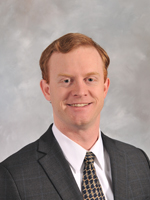 David grew up the son of an entrepreneur and small business owner in Orange County, California. He studied law at West Point, and after graduating was given his first choice of military assignments. Pursuing his lifelong dream of becoming an Alaskan, he chose the Last Frontier. As a Military Police Captain stationed at Fort Richardson from 2003-2011, he prepared soldiers for deployments to Iraq and Afghanistan, and himself led troops in Afghanistan. He served as Provost Marshal of Camp Eggers in Kabul, Afghanistan, was appointed as a military summary court martial judge, and served as the AFIC Anti-Terrorism Branch Chief for the 56th Presidential Inaugural in Washington DC. David is the first member of his family ever to serve in elected office. He brings a fresh perspective to the legislature not only as a military veteran, but also as someone dedicated to sharing the lessons he learned as the son of an entrepreneur, a mindset he adopted early in life. He has been a member of the Alaska law enforcement community since 2003. Active in community service, he was chosen as an Alaska state volunteer of the year by First Lady Sandy Parnell in 2010. He is currently a Mat-Su Firefighter/EMT and a member of the Mat-Su Water Rescue and Hazmat Teams. He lives in Wasilla with his wife Jennifer and their two daughters.